A professional mermaid is being bombarded with unwanted attention from ‘merverts’ – who have a sexual fetish for the aquatic creatures.

Stephanie Norman, 32, makes a living by performing as a mermaid called Raina and even has a $25,000 collection of tails.

But she has attracted the attention of cyber creeps asking to “hump her belly” and one who told her: “You’re delicious even without any tartar sauce.” Another said “Hello I would like to date with a mermaid but I’m married”, while one leered: “I love to watch you swim.”

Former elementary school teacher Norman even had to call the police after being stalked by a weirdo who read about her unusual career in a newspaper.

“We do get unwanted attention, often sexual in nature, and we call those people ‘merverts.’ Unfortunately, women in general on social media tend to get sexually harassed and mermaids are no different,” she said. It tends to go in clusters when I post a YouTube video, or a photo. I’d probably say I get ten or more a month.”

“Sometimes it does happen in person too. I’ve had to learn a lot of lessons the hard way,” Norman continued.

“I’ve been swimming with sharks and that to me is not as scary as dealing with some of these aggressive men. Some people just imagine relationships that aren’t there.”

Norman, of Halifax, Nova Scotia, Canada, is a full-time “mermaid” and spends 25 hours a week in costume, swimming at events. 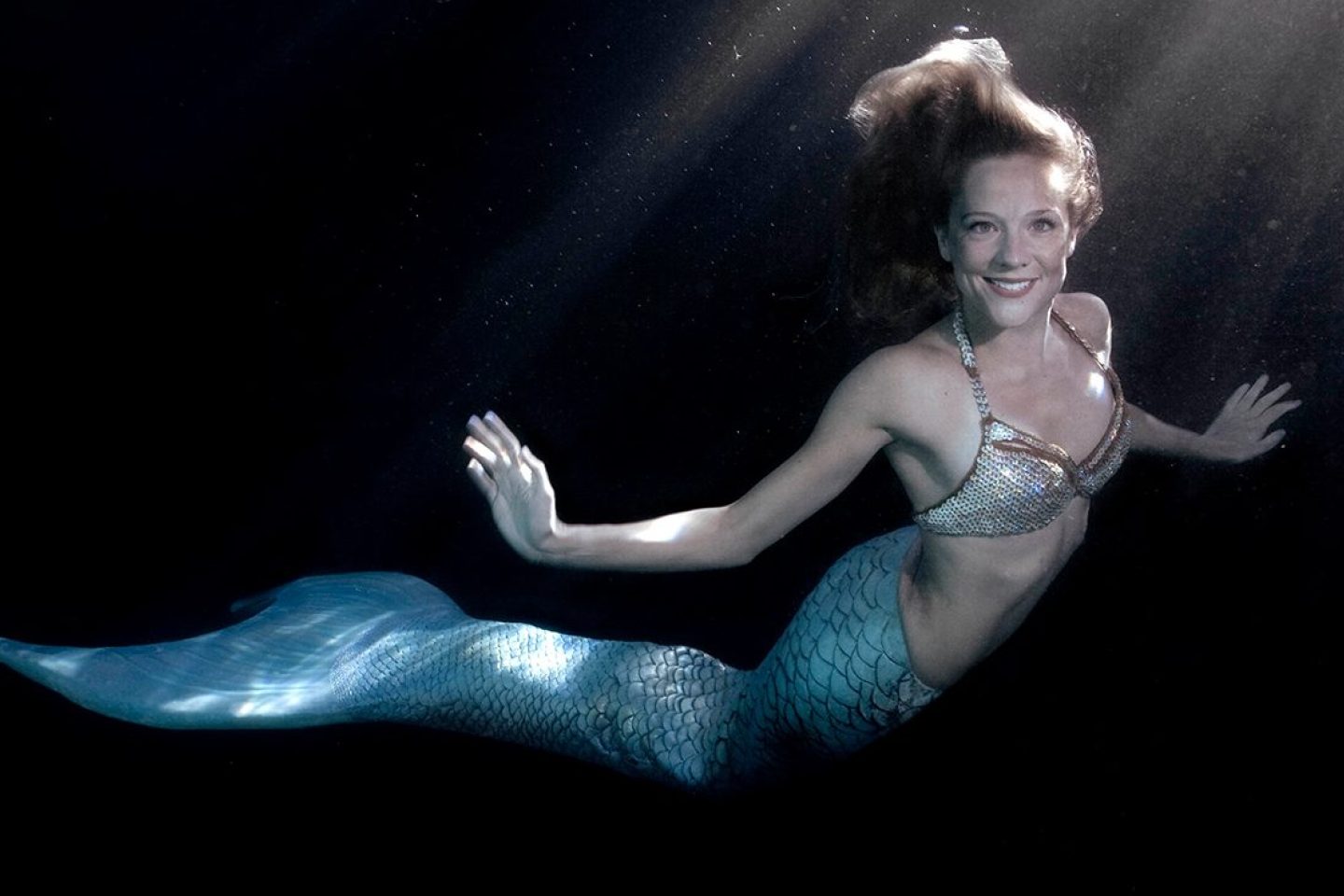 She first experimented with mermaiding in 2008, when chronic pain in her legs reached breaking point and she struggled to walk on land.

Swimming eases the pain and Norman said when she’s in water she feels “weightless”.

She started her own company, Halifax Mermaids, in 2014 and now books regular performances at children’s birthday parties and in aquariums. Today, she runs the business with husband Sean Norman, 41, who also works as a simulation integration specialist.

But that doesn’t stop her receiving regular propositions from creepy admirers asking her to take special pictures or trying to start a relationship.

“I did have one local stalker, and I had to get the police involved. It was when I first started out and I had my very first front page in a local newspaper story,” Norman said. “This man started showing up at my work and started trying to add my friends on Facebook. He chased me at one point – it was very scary.”

“At this point in my career I was much more confident, so I yelled at the top of my lungs that this was a family event and if he wanted to see topless women he had to go to a strip bar. He turned bright red and practically ran away while people laughed and clapped.”

“Sometimes you just get the online version of that too. I had a man add me on LinkedIn, and the first thing he did was send me [an inappropriate] photo.

Perverts aren’t her only concern, as the full-time mermaid is also frequently attacked online by trolls targeting her looks and her profession.

“I often have people tell me that mermaids aren’t real,” she added. “I know that, and I don’t think I’m a fish or anything like that. Some people just don’t get the idea of somebody portraying a fictional character.

“It’s funny how much they want to rain on someone else’s parade. Now the industry has been going for a few years, people talk about it.

“Us mermaids have strategies and we all tend to share this information with each other. If there’s one particular individual who’s harassing a lot of mermaids, we all get together and everybody makes sure that their social media is blocking that person,” she concluded. “It’s important that we hold these people accountable.”